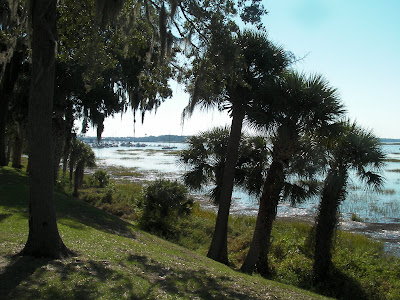 It was an awesome weekend highlighted by:
- several very close dolphin encounters while paddling the Beaufort River (see pics and video below).
- stayed at the beautiful Cuthbert House Inn Bed & Breakfast. Owners Jeff and MaryAnne were great hosts and we would definitely stay there again.
- SUP surfed at Hunting Island State Park beach - caught the morning high tide, glassy waist high peaks where I could go left or right. No pics or video but I surfed for 2 hours straight....4-5 surfers were out but there was enough room for everyone to spread out and I pretty much stayed out of their way and still had a great time. I went out again at low tide later in the day and it was flat as a pancake...went for a flat ocean paddle exploration.

Other noteworthy items...
- Hunting Island is unique in that it is covered with a sub-tropical forest that bumps right up against the ocean. There were many trees right on the beach coming out of the sand with their base getting covered at high tide. Very rare on the east coast and it looked more like Costa Rica than South Carolina.
- Beaufort, SC is where many scenes from "Forrest Gump", "The Big Chill", "The Prince of Tides", and "The Great Santini" were filmed 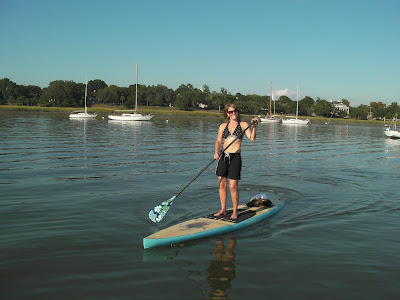 Kris now has her new Tahoe SUP Bliss board, made especially for women. The board is very lightweight and narrower for womens' less than broad shoulders (yet still stable). Her new Kialoa Pipes paddle, also made for women, has a smaller blade and has made a huge difference for her compared to the older, heavier and taller paddle she was using. She no longer has any pain in her wrist and hand like she did using the older paddle. 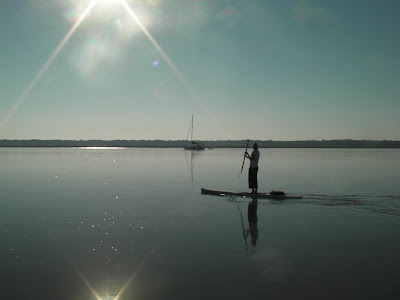 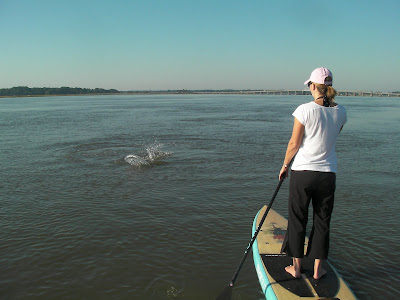 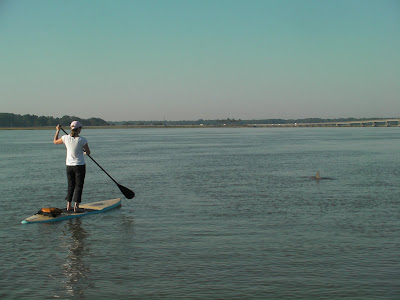 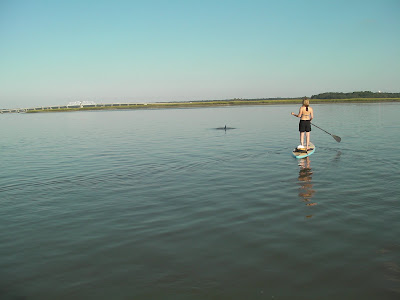 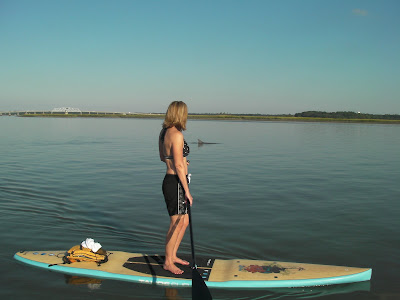 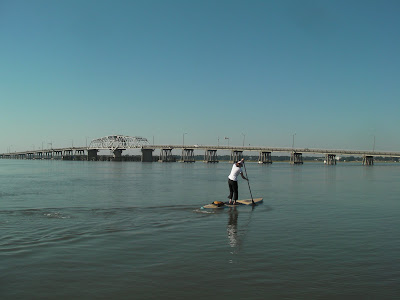 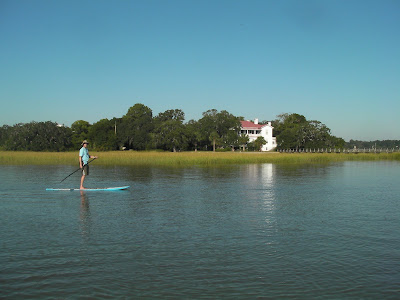 Me in front of "The Big Chill" house 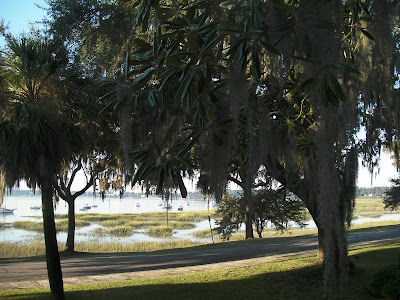 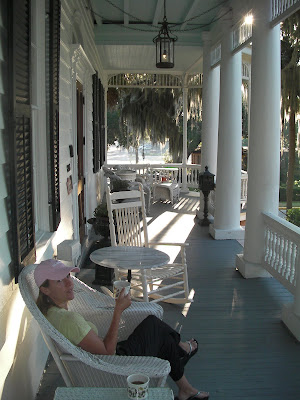 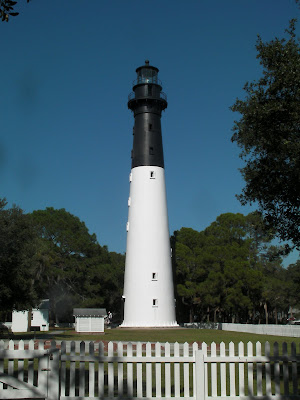 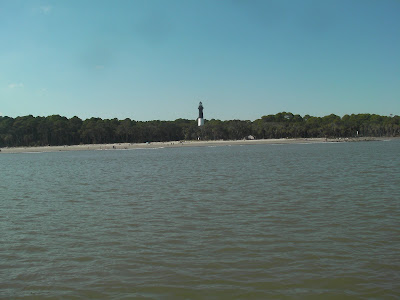 Hunting Island lighthouse from the ocean - paddling at low tide

Hunting Island beach with sub-tropical forest right up against the ocean - looks like Costa Rica. 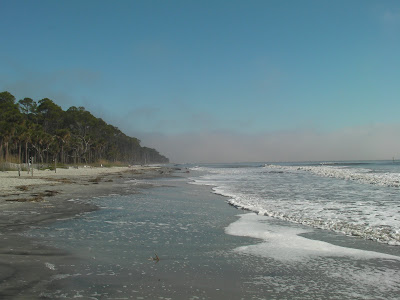 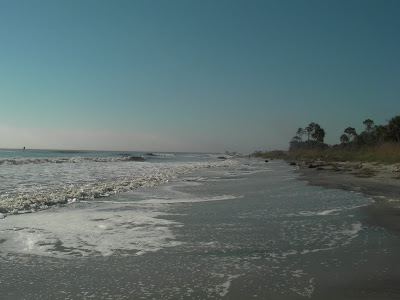 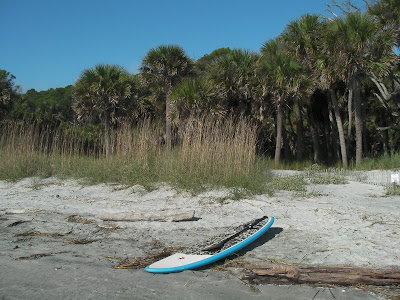 Posted by Waterturtle at 8:09 PM

The dolphin were clearly intrigued with Kris' new SUP. Just had to keep coming up to check it out. Very cool that they were around so long. Congrats on a great trip!

Awesome video and pics. Kris looks great on her new board! I can't wait to get the racks to actually take my board somewhere different than Lake Norman (though right now I will enjoy SUPing anywhere)!

Very nice pics and video Mac! tell Kris that Julie wants to come SUP with her and Dawn!!