This past weekend was spent in Wrightsville Beach with family and friends for the 2nd Annual Intracoastal SUP Cup, put on by Coastal Urge. 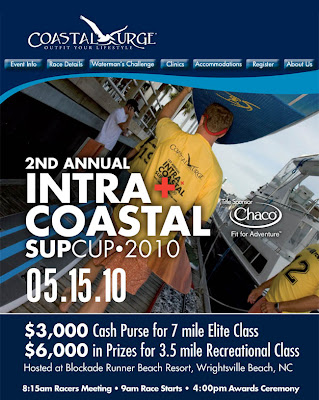 This race was special. My 11 year old daughter paddled with me in the race. She has been stand up paddling since last summer and I've had her out paddling with me on the lake 2-3 times a week in the last 6 weeks getting ready for this race. I eventually worked her up to comfortably paddling 3.5 miles, with some outings in the wind. Little did I know how crucial this wind training would be. I felt she was ready, so we entered the Recreational 12'6" and under race class together. My plan was to paddle alongside her throughout the race. My goal for her was to finish the race no matter how long it took...and to have fun.

All week long, the various forecasts called for SW wind in the 5-15mph range. If the wind forecast had been any more than that, I wouldn't have put her in the race. It's tough enough for adults to paddle in the wind, let alone an 11 year old. I didn't want her first SUP event/race experience to be a bad one. I was a bit worried the morning of the race as the wind kicked up a notch definitely between 10-15mph. The wind was a bit too much at the start of the race, directly in our face, and she wasn't very happy with me for the first 1.5 miles. But I kept pumping her up, the wind started to let up a little bit allowing some relief, and she could see we were making real progress.

She is one tough cookie to have paddled straight into that wind for over 1.5 miles straight without stopping. Once we rounded the halfway mark to head back, we paddled against some strong current in the inlet, then it was all downhill from there once we got back in the intracoastal waterway for the run back to the finish. But wouldn't you know it...the wind backed off on our downwind run. She was all smiles paddling back to the finish and got a big cheering ovation from the crowd. Papa was proud. We finished the race in just under 2 hours and we weren't even last place (ha ha...we were 3rd to last counting 1 DNF). She won a very nice North Face travel bag for her efforts.

It turns out that the course was 4 miles long (Elite Class was 7 miles and had an open ocean leg). It was a tough race by every participants' standards and I think she's a better person for it. She showed courage throughout the race, now has new confidence, and got to experience something most kids her age will never have an opportunity to do. She was the youngest competitor in the race (and there was a 12 year old boy who also raced). She says she had a great time and wants to race again. I'm hoping future races have a kids' specific class/course.

Congratulations also to Matt Cesmat, one of our own local Lake Norman SUP crew, who finished on the podium - 2nd place in the Men's 12'6" and under Recreational Class...and won a brand spanking new Kialoa paddle. Way to go Matt and way to represent the lake guys!

A big thanks to Coastal Urge and all the sponsors for putting on another great SUP race event...and one the whole family can enjoy. 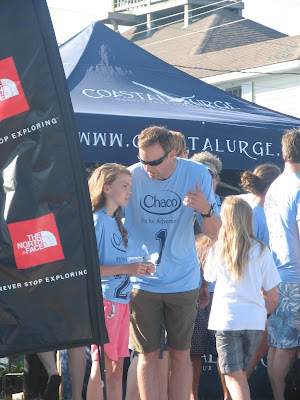 Some words of encouragement before the race 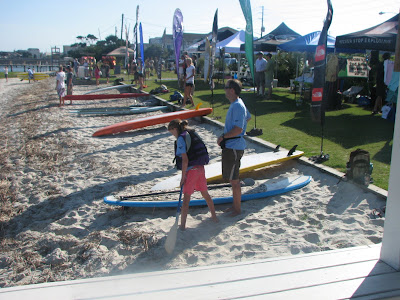 Preparing to go out 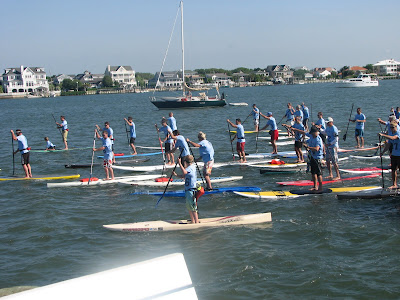 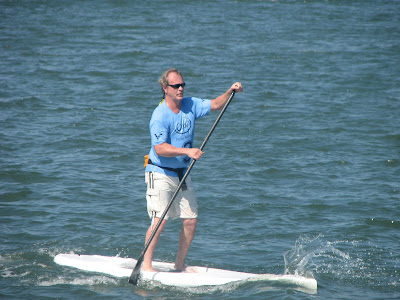 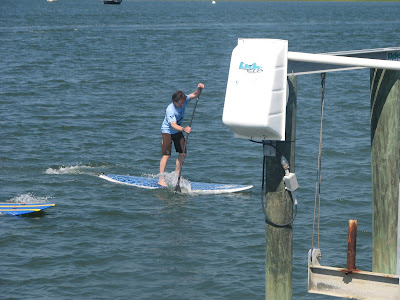 Rob pushing it to the finish 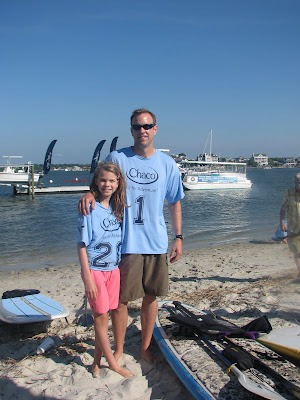 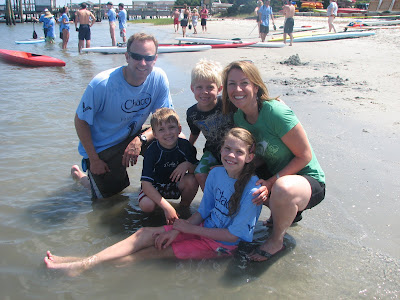 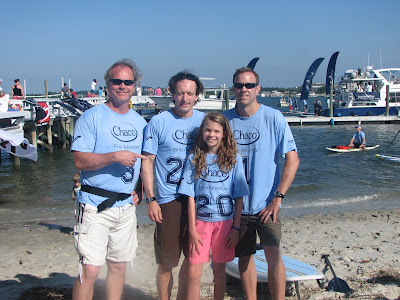 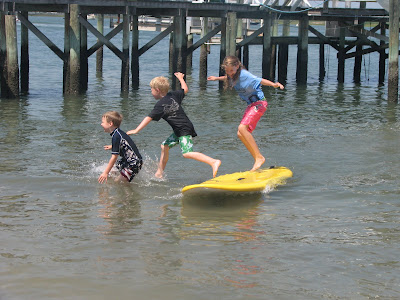 Playing with her brothers after the race...I guess she had some more energy left in the tank 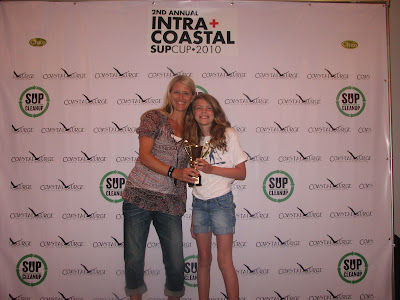 
We had a great time the rest of the weekend, enjoying the beach and hanging out with family and friends. It was great to see everyone - old faces and new. Matt, Travis, and I went out for a paddle in the ocean Sunday morning. We launched from Masonboro Inlet and paddled north towards our hotel, catching small shorebreak waves along the way...good fun. 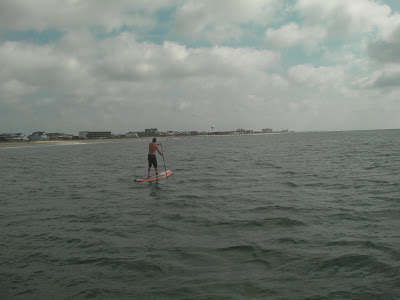 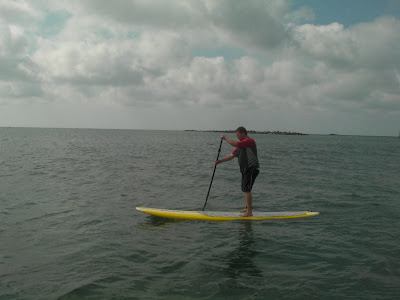 Mac
Posted by Waterturtle at 8:00 PM

That is awesome! Congrats McIntyre!

Right on! Can't wait to read about your daughter in the newspapers one day. (Soon it sounds like!)

I know you are a proud pappy! That is quite an accomplishment for you both.

Where was the surfing photo taken?

Way to go McIntyre!! Your West Coast friends are impressed and happy for you!!

Thanks everyone for the congrats. It was a big deal for me because I wasn't sure after the first 50-100 yards of that race if she had it in her to tough it out since it was so hard for her to paddle into that wind. She surprised me with her courage and perseverance....its nice when your kids do that...sort of a gift in a way.

Dwight, that wave was right in front of the Blockade Runner. After we paddled down from the inlet with the light wind and hit some small waves along the way, we stopped there and surfed for about an hour on small shorebreak waves....got a few nice fun rides but nothing epic. Dolphin came around us there which was cool.