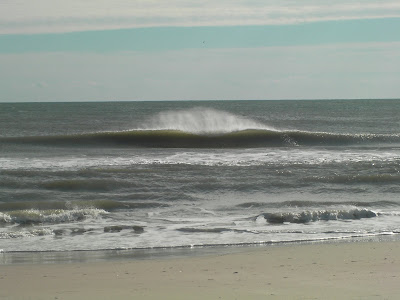 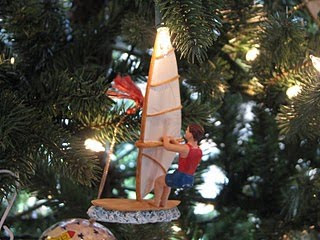 Posted by Waterturtle at 4:25 PM 2 comments:

Was playing around with some video clips from this fall's action on the Sanyo Xacti waterproof 720p HD camcorder...trying a different style mood with some slow motion video. Still having some performance issues editing HD footage on my less than able PC...but came up with this...enjoy -

Posted by Waterturtle at 9:45 PM 3 comments:

Go to Vimeo site to see it in full HD...click on title below under display...

Graham Ezzy goes down south from umi pictures on Vimeo.

Posted by Waterturtle at 8:17 PM No comments:

I’m a big fan of documentary film that tells a good story, particularly if it has to do with sports, and even more so if its windsurfing or surfing related. Favorites include Dogtown and Z Boys, Riding Giants, Step Into Liquid, Klunkerz, and The Windsurfing Movie.

In the last couple of months, I’ve gone on a Netflix tear with surfing related documentary films. I also caught a couple of other good non-surf films worth mentioning. So get out the popcorn...here goes...

Lets start with the latest windsurfing release that I bought on DVD…Four Dimensions. Long on quality, short on quantity. Even though the DVD has a lot of extra footage that bring the total DVD time to over 110 minutes, the actual movie itself was only 40 minutes and left me wanting more. But in that 40 minutes, there was some seriously great footage and high quality editing. My favorite part was the helicopter aerial footage of Victor Fernandez onshore backside wavesailing at Pozo.


The next three were my favorites of all the Netflix rentals I went through because of the amazing stories that were told.

Noah’s Arc -
This is the life story of Noah Snyder, an Outer Banks local who went on to a professional surfing career. The documentary follows Noah and how his eventual strong faith led to having a big impact on those around him, including his closest surfing friends, (including C.J. and Damian Hobgood, Jesse Hines, and Matt Beacham). Includes Outer Banks surfing and hurricane footage. An update on Noah here.

Bra Boys –
The story of the local Maroubra (Australia) surf gang known as the Bra Boys. Narrated by Russell Crowe, the film is centered around the three Abberton brothers who grew up in the Bra Boys gang and went on to become professional surfers. However, the story takes several dark turns that include a killing and the impact it had on the Abberton brothers and the Bra Boys. The film takes you through a lot of emotions as it was downright scary (violent fights), touching (family scenes particularly with their grandmother), and amazing (charging big waves). I’ve always been fascinated by aggro surf localism and what makes it tick (even though I don’t like it). This film shows probably some of THE most aggro surf localism in the world.


Zen and Zero –
Follows 5 Austrian surfers as they take a road trip from Los Angeles through Mexico and Central America all the way down to Costa Rica, finding waves along the way. The trip culminates with their quest to find Allen Weisbecker, author of the road trip surf classic, “Searching for Captain Zero” (which is one of my favorite reads and is THE book to read on any surf/windsurf related road trip where you’re roughing it). I loved this movie because of its road trip feel and scenes of Mexico and Central America that you just won’t get by flying in and out. If you read “Searching for Captain Zero”, then you must see this film.


The next three were also great but didn’t quite reach to the level of the other top three.

Waterman –
Imagine being on an Indo surf trip with Gerry Lopez, Laird Hamilton, Dave Kalama, Rob Machado, and the Malloy brothers. Narrated by John Cusack, this film puts you right in the middle of that surf trip. It includes shortboard, longboard, stand up paddle, tow-in, and foil surfing. I can’t top this review that Distressed Mullet recently did of the movie.


Bustin Down the Door -
Narrated by Edward Norton (what’s up with the Hollywood actors narrating these surf films?), it follows the story of how Australian surfers Rabbit Bartholomew and Mark Richards and South African Shaun Tomson rose up the pro surf ranks back in the 70s. But the real story of the film is how they first hit the Hawaiian surf scene, started to win some contests there, then bragged about it in the surf mags and putting down the local Hawaiian surfers. This didn’t go over well with the locals and led to a blackballing of those surfers that included violence. Interesting story that I never heard before even though I knew who these surfers were.

Peel, the Peru Project -
A film by Wes Brown, who is the grandson of Bruce Brown (Endless Summer) and son of Dana Brown (Step Into Liquid). This follows four surf pros as they road trip Peru and hit its best surf breaks that includes Chicama, the longest left in the world. There is also very good footage of their foray to Machu Picchu.


Other movies I rented were “In God’s Hands”, a late 90s fictional movie about 3 surfers who search for the biggest wave. Interestingly enough, Maui watermen Derrick Doehner, Rush Randle, Pete Cabrinha, and Brian Keaulana play themselves in the movie and have extended parts. Shaun Tomson plays a surf photographer. There were some cheesy brooding scenes but somewhat entertaining nonetheless.

…and “The Decline: Lost Across America” - don’t bother with this one unless you like watching beer bong hits and dudes riding surf boards down stairs and putting holes in the wall with their heads…wasn’t what I thought it was going to be…just a big party surf movie and definitely wasn’t my style.

ESPN has been promoting sports documentary film with their “30 for 30” series. I happened to catch one of the movies that was about Jimmy the Greek. I grew up watching NFL Today on Sundays. It was the first and at the time, the only pre-game NFL show on TV before the advent of cable and we only had the big three networks. I still remember Brent Musberger, Irv Cross, Phyliss George, and Jimmy the Greek doing the weekly prognostication. This film brought back a lot of memories. It centered on the most colorful of the four, Jimmy the Greek and his rise to fame and his sad fall due to unfortunate racist comments he made to the press. A real rags to riches to rags story.

Finally, completely unrelated to surf documentaries…if you haven’t seen “Gran Torino”, go out and rent it now. You won’t be sorry especially if you’re a Clint Eastwood fan, which I am. He directs and stars in this movie. Eastwood is just about 80 years old and he’s still killing it. Loved this movie.
Posted by Waterturtle at 10:44 PM 1 comment:

Epic Week Everywhere - A Collection of the Action

Wow...what a week across the country. Heavy Heavy surf in Hawaii and big wind on the east coast (and crazy snow in the midwest/northeast).

Some of the local crew, Alan and Donald, made it down to Fort Fisher for some wavesailing. I got out late on the lake on Wednesday before sunset...lots of folks out but were packing it up when I got there. It was gustier than usual on the lake. I was on a 4.6 but struggling to get dialed in since it was either 15 or 35mph and not much in between. Here's a little ditty...

...and Hawaii was more than epic. It dominated the surf news all week and even showed up on ESPN SportsCenter. Here's a collection of the action...

If you haven't seen footage from the Eddie contest, you have to check this out...congrats to winner Greg Long...

And thanks to GP for posting these videos...

...and Pipe Masters is going on now.
Posted by Waterturtle at 9:00 PM 1 comment:

One Week in Baja

One week in Baja from Pete Wurster on Vimeo.

Posted by Waterturtle at 8:37 AM 3 comments: