Anguilla from WaterTurtle Media on Vimeo.

Enjoy this video - no music, just the quiet natural calming sounds of the water & beautiful scenery. 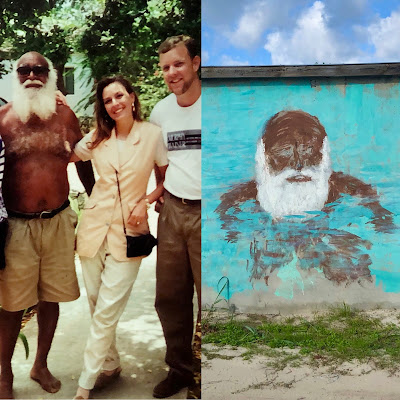 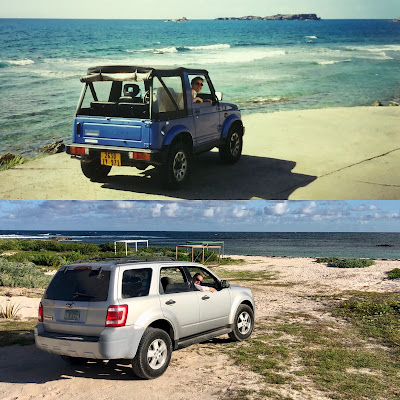 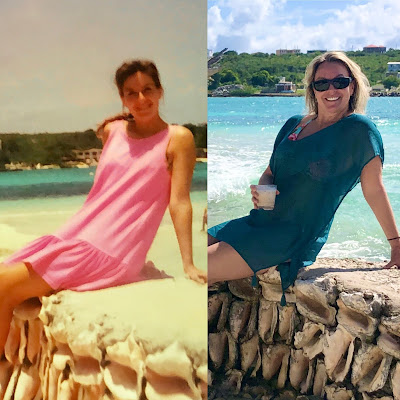 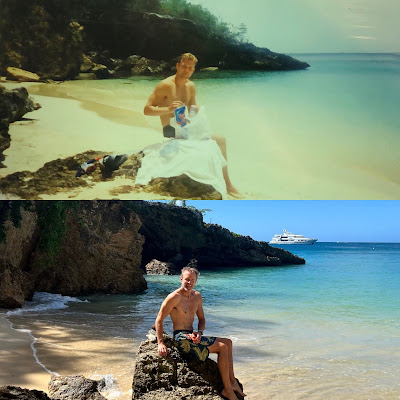 These side by side photos above are from 1993 or 1995 (left or top) & 2022 (right or bottom).
When Kris & I got married 30 years ago, she was working as a flight attendant for Delta Airlines, so we had some nice flight benefits. Thus began our love of travel. This was back in those pre 9/11 days when the flights weren’t always so full, so you could fly standby on most flights pretty easily. In our first year of marriage, she happened to read a travel magazine article about a Caribbean island we’d never heard of…complete with photos of picturesque beaches along with descriptions of the wonderful and friendly locals & the burgeoning foodie restaurant scene. Anguilla. We were curious & wanted to travel somewhere new that no one we knew had been.
We ended up at Rendezvous Bay Hotel & Villas, set at the aptly named & most beautiful beach of Rendezvous Bay. It turns out it was Anguilla’s first beach resort, opened in 1962 by Jeremiah & Lydia Gumbs. Jeremiah would sit on the front porch of the building that housed the open air office & a small restaurant to greet everyone checking in. We later learned that Jeremiah was a local hero, leading the effort in 1967 in front of the United Nations for independence from the British post colonial plan to group Anguilla in with St Kitts & Nevis into a self governing official British state. The British protested, even sending London Metro Police to keep order & stop the secession movement. The planned link to St Kitts & Nevis failed. Anguilla got most of what it wanted - a self governing British dependent territory with its own elected officials.
Kris & I ended up returning to Anguilla and the Rendezvous Bay Hotel a couple more times in the mid to late 90s. Since then, the island suffered terribly after at least two major hurricanes. There are sadly still some vacant resorts & buildings that never rebuilt.
There is now a Jeremiah Gumbs Highway on the island named in his honor. Everyone on the island knows Jeremiah & the Gumbs family. The NY Times published an article about him when he passed away in 2004 at the age of 91. That is Jeremiah in the top photo above with Kris and I in 1995. And immortalized today in a mural at the Rendezvous Bay Hotel.
Kris & I decided to return after all these years on a belated 30th wedding anniversary trip. Despite tourism suffering the last two years because of Covid, we found that the island is back on its feet with many open restaurants & resorts. The beaches are as beautiful & the people as friendly as we remember it. The airport is still small and has direct flights from Miami. You can also fly into Saint Martin and take an easy 25 minute ferry over to Anguilla from there.
Of course, we stayed at Rendezvous Bay Hotel again. There are some very high end resorts on the island but we prefer more basic accommodations. Rendezvous Bay is relatively inexpensive & is situated on arguably one of the most beautiful beaches in the Caribbean.
It had changed only a little bit. Jeremiah’s son Alan & his wife Lisa now run it. The building that Jeremiah used to greet everyone was never rebuilt after a major hurricane & is now grown over. A new building is on the opposite end of the property that serves as the office & restaurant. The same villas are there, with new roofs, & are still amazing, just steps from the crystal clear blue water of Rendezvous Bay. Lisa, Glenda, and the staff were outstanding, very friendly, & helpful.
If you’re interested in traveling to Anguilla (which I highly recommend), DM me & I can give you some great tips.
Following are more photos from our trip with captions & more info... 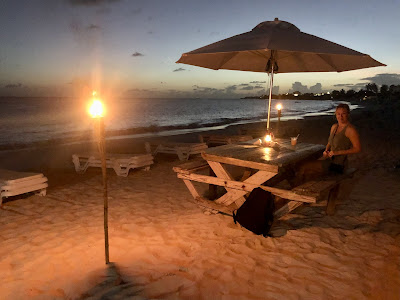 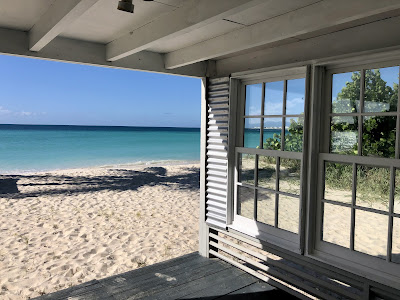 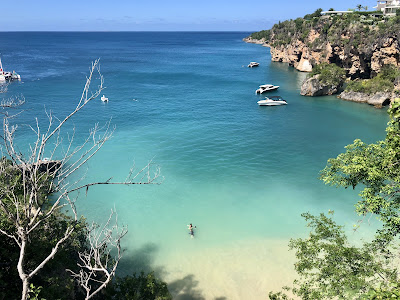 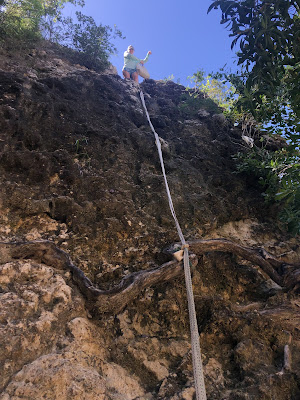 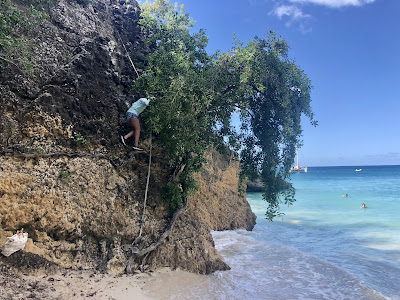 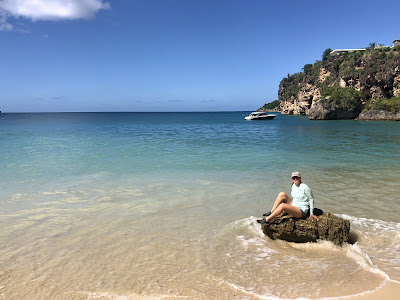 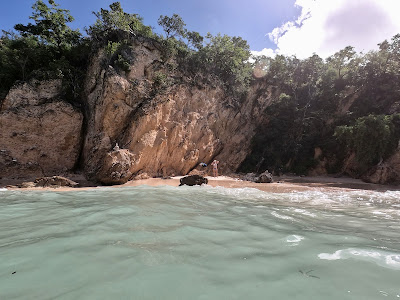 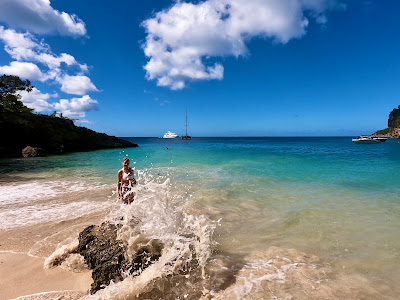 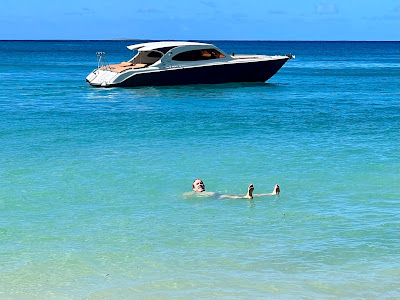 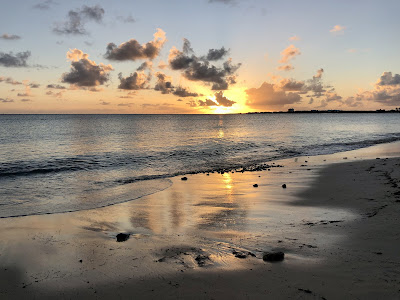 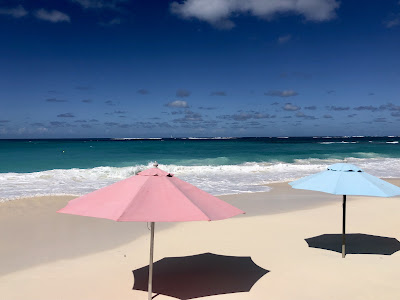 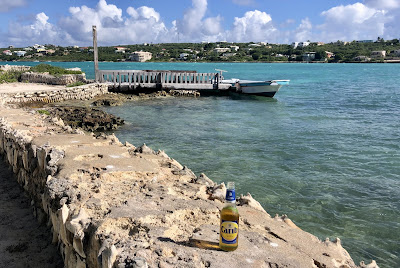 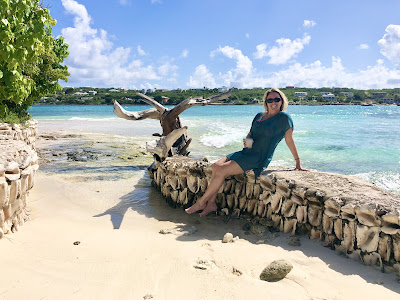 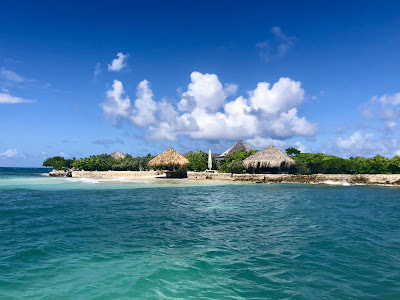 Scilly Cay was there when we first visited in 1993. Interestingly enough, Danny Bonaduce (of Partridge Family fame) was there hanging out. Owners Eudoxie and Sandra Wallace were there, along with their two little blonde boys running around the island. Sadly, Eudoxie passed away a few years ago, but Sandra and one of their sons still run it. The grilled lobster and rum punches were great in 1993, and is still just as delicious today. 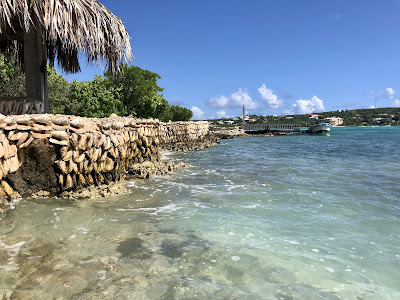 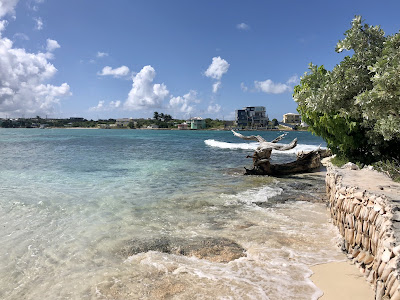 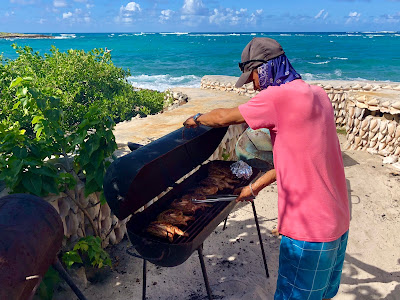 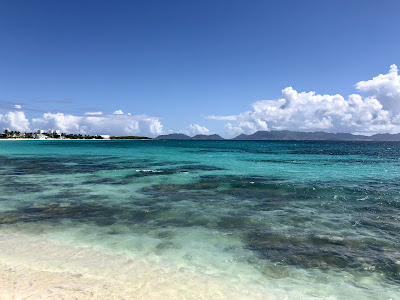 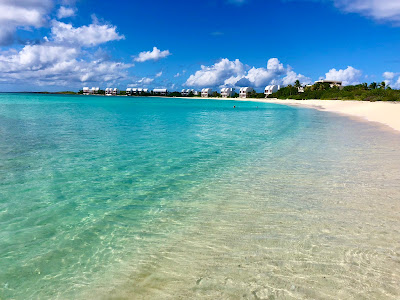 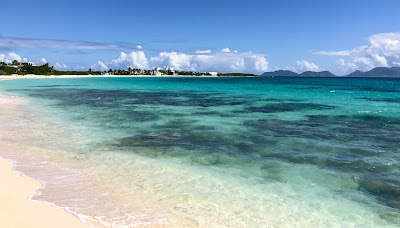 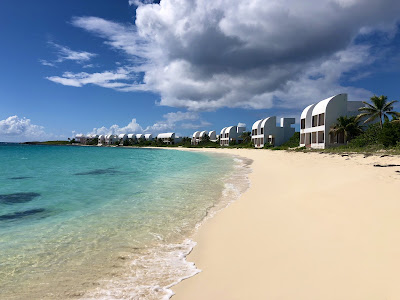 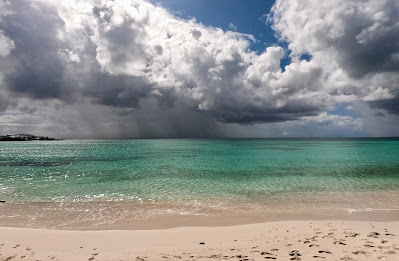 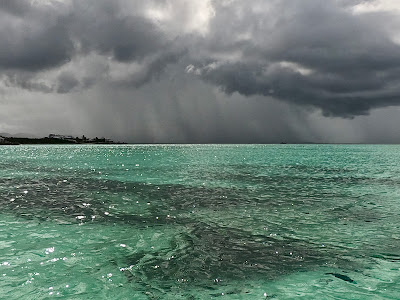 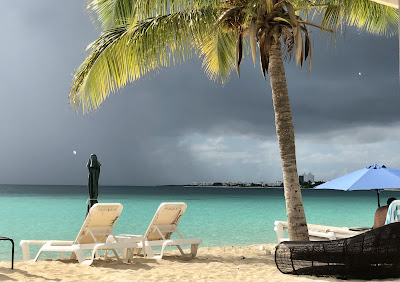 Posted by Waterturtle at 10:49 AM No comments: