Have had some good windsurf sessions on the lake the last few weeks...lit up in 15-20kts 2 days in a row on a recent weekend and a fun powered up post work session in light 10-15kt winds on another day. Looks like some more wind on the way too. 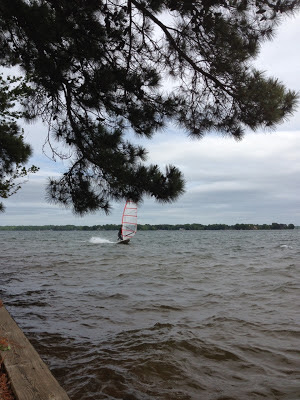 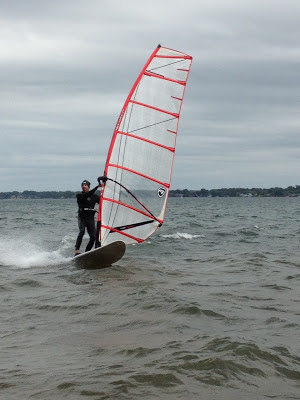 Traveled to London on business a few weeks ago...

Got a chance to go backpacking and camping with my son and his Boy Scout troop last weekend in the western NC mountains, in Nantahala National Forest.  Was a little wet, we roughed it, did a lot of hiking, and had a great time...

If I had to pick one picture to describe the whole Carolina Cup weekend experience, this one would be it.  It’s not about the finish position and race times.  It’s about the people in this sport and the friends we make.  This is my daughter and her friend Lindsey after their race.  Big thanks to Jason & Becky Geiger for this picture. 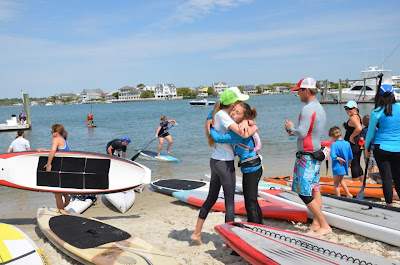 This following picture comes in a close second - a senior couple racing tandem together.  I remember them being there doing the same thing last year too.  Love it.   This picture was taken by Ken Teeter (more from Ken below). 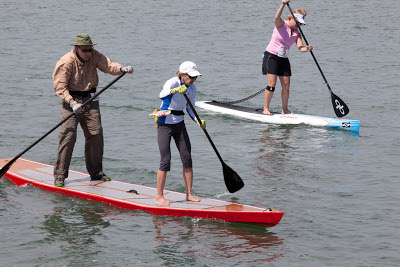 But since this is my blog and I can add more than one or two pictures and add commentary, then I will.  First, I want to thank the Carolina Cup organizers, race directors, volunteers, and sponsors who all made it happen.  They did a great job.  Also, a big shout out to the 25+ folks from the Charlotte area that participated in the event...it was great to see everyone.  It was a great weekend and much fun.


The Graveyard.  Like Women’s winner and New Zealander kiwi Annabelle Anderson said – “Now I know why they call it the Graveyard”.  Of course, when Rob and I went to paddle the Graveyard course several weeks before the race, it was completely flat conditions.  I told Rob then, there’s no way it will be like this on race day.  And of course, it wasn’t.

The Graveyard race is the 13 mile Elite race as part of the Carolina Cup, now the east coast’s biggest SUP race and event, held in Wrightsville Beach, NC.  It also includes a 3.5 mile loop race around Harbor Island, a 6 mile Open race around Money Island and Harbor Island, kids race, clinics, parties, and demos.  I’d say this is now probably one of the biggest SUP race events in the world behind the Battle of Paddle races in California and Hawaii.  Over 400 racers and probably over a 1,000 people total participating in all the activities.  All the major SUP companies were there showing off their wares.  It was also a great opportunity to meet with the great people who make the products I use.

My goal all along was to finish the race and do it to the best of my abilities.  I look back on the race now and laugh because I almost didn’t want to do it.  The forecast leading up a few days before didn’t look good.  Yeah, it was going to be in the 70s and partly sunny….a great beach day.  It would have been a very fast and crazy fun race if the wind had been southwest.  We would have raced counter-clockwise around Wrightsville Beach, had a nice straight shot downwinder in the ocean, and paddled with the tide in the intracoastal.  But let’s see – there was the full moon lunar tide sucking fast out the intracoastal and inlets, a north/northeast wind, and cross swell and chop in the ocean.  The northerly wind forced the race directors to have us race clock-wise, a direction no one really wanted to have to do.  I think overall in the end it was a tough but very good decision by the race directors.  I’m not sure which would have been harder – paddling into wind and cross swell in the ocean or into the wind and current in the intracoastal.  Either way, it was going to be a tough race.  And so it was.  And so I reached down deep and decided I wasn’t going to back out of this thing.

Imagine yourself a golf fan and you have a 20+ handicap – and you get to play at Pebble Beach in a real PGA event.  The best in the world are there – Tiger, Phil, Sergio, Bubba, etc.  They do their thing and shoot 6 under par on a tough course.  You shoot a 100+ and consider yourself lucky.  You get to do this.

Big thanks to Jen Cesmat and Ken Teeter for the following awesome pics they took.  All following pics by Ken except where otherwise noted for Jen's pics.  Check out Ken's entire 2013 Carolina Cup portfolio here.

Now put yourself on the beach in front of the Blockade Runner at one of the premier SUP races in the country and now the world.  The fastest in the world are there...paddlers from Hawaii, France, Spain, Australia, New Zealand, Canada, California, Florida, etc.  Danny Ching – Southern Californian defending Carolina Cup Champion,  multiple Battle of the Paddle champion, multiple OC-1 World Champion – the fastest guy in the world right now.  Jamie Mitchell – an Aussie who is also a past Battle of the Paddle champion and 10 time prone paddle boarding World Champion in the Molokai to Oahu race.  Other pros are there – Eric Terrien (France), Chase Kosterlitz (FL), Matt Becker (CA), and probably 30+ other pro men and women.  Thank goodness for all the pics that were taken because I didn't get to see any of them during the race of course because they were all way in front of me.

I like to joke how I'm an unsponsored 40 something amateur working stiff, husband, father to three kids, dude who mostly trains on a lake.  There should be a whole separate division for this status when racing with the pros.  I still wouldn't have gotten on the podium in this fictitious division because there were some very fast non-pros there too.

So now put yourself here  -  standing on the beach next to all these pros along with another 100+ lucky unsponsored working stiffs/parents/spouses who all train somewhere other than California and Hawaii and you are all looking at chest high shore pound crashing in front of you.  The bundle of nerves you had the night before and that morning suddenly and strangely disappear.  The starting horn sounds.  Everything around you is blocked out and it all goes quiet.  You get to do this.

There was the slow start due to letting 3 big shore pound waves come through before I left the beach.  There was the balancing act in the cross swell/wind in the ocean coming across my shoulder taking me out of my usual stroke technique.

There was the high line I took to the first inlet and passing several people as a result.  There was the first inlet entry and hugging the jetty to stay out of the worst of the outgoing current.  There was the hugging of the docks and marsh in the intracoastal to stay out of the worst of the current and wind working against you.  There was trying to find draft partners, finding some, and losing some.  There was 16 year old Florida phenom Bailey Rosen passing me.  Dammit.  I passed her back.  Then she passed me again as I lost some steam fighting the wind/current after about mile 8 or 9.   She totally charged it.  You rock on girl.

There was the second inlet and flying out of it with a top speed of 10mph even into the wind but going with the outgoing lunar tide.  There were the chest high waves breaking all the way across the inlet that I almost made it through but the very last wave between me and the ocean broke sideways different from all the others and flipped me backwards.  There was the final 3 miles doing that balancing act again, taking a high line past the pier and to the last mark, passing the 4 people who caught and passed me heading into the second inlet.  There was the seemingly inability to keep focus on good stroke technique throughout the race.  It hurts.  Everything hurts.  Reach down deep.


And then the finish when I stepped off my board only to be in chest deep water and having my right calf muscle cramp up, and still cramps up now over 2 weeks later.  Reach down deep.  Move.

Run to the finish line.  Smile.

Your friends and your daughter are there to cheer you on.  You finish about like shooting a 100+ in the PGA Pebble Beach event.  You get to do this.

My daughter raced in the Harbor Island 3.5 mile race and won 1st in the 17 & Under Girls division.  Very proud of her.  Even prouder how she stuck around and cheered her friends on to the finish and was there for them with hugs as they crossed the finish line.  It was an awesome father/daughter weekend together.

Team QB at The Carolina Cup 2013 - The Race from Quickblade Paddles on Vimeo.

A fitting quote considering how I prayed for strength a lot during the race...

Posted by Waterturtle at 9:58 PM No comments:

A (Man Made) River Runs Through It

Coming off a couple weeks straight of SUP races and now time to reflect back.  One was a local short 4 mile flat water race that acted as a good warm up for the big one to come, The Carolina Cup.  More on the Carolina Cup in a later post.

Lets first start with the shorter flat water 2 & 4 mile race that was part of the US National Whitewater Center’s Tuckfest in Charlotte, NC.  The USNWC is an awesome place and a real gem in our backyard, offering whitewater thrills for kayakers, canoers, rafters, and now offers SUP as a regular program on their man made whitewater rivers.  It also has the largest climbing wall on the east coast, advanced and beginner mountain bike trails, zip lines, canopy tours, and a restaurant/bar that serves good food and microbrews.  Tuckfest is a weekend long event that has about every summer mountain sport/race/activity you can think of, along with live music and food.

My daughter raced in the 2 mile flat water SUP race and won 1st in the Womens’ division.  I raced in the 4 mile flat water SUP race and got 3rd overall behind pros Michael Tavares and Dan Gavere.  The flat water races were held on the Catawba River, which happens to snake alongside the USNWC property.  Then we settled in to watch the whitewater SUP races.  Wild and wooly is my best description.  I may now have to add whitewater SUP to my bag of outdoor fun adventures and take advantage of this great resource in my backyard.  Here we go with another learning curve and new equipment to add to the quiver.

Here is StandUp Journal's brief report.  Honored to have been able to provide the report and a pic for them.

Here is pro Dan Gavere's blog post about the weekend event.  Honored to have provided some pics for this as well.  And here are some more pics... 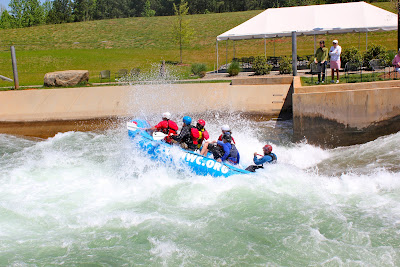 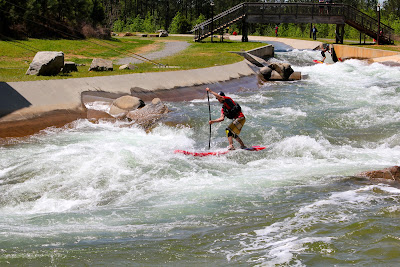 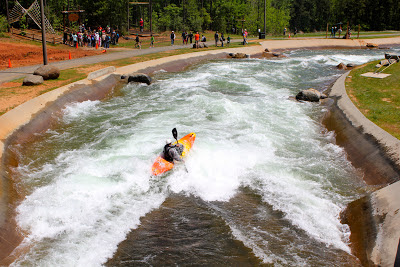 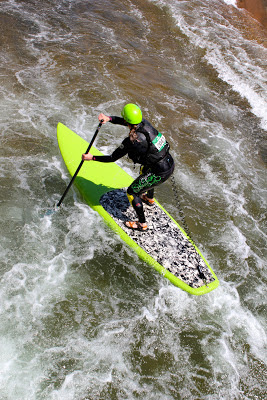 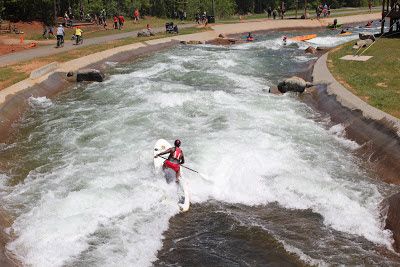 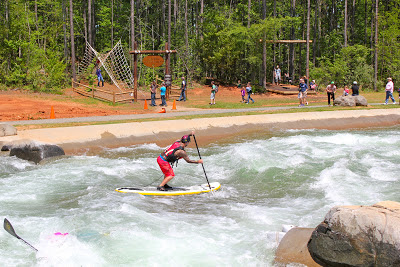 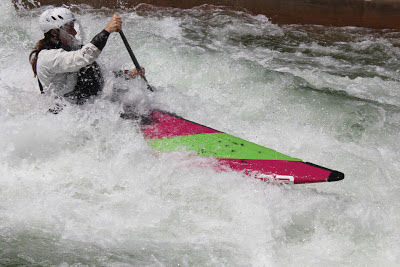 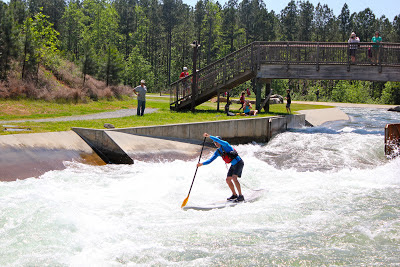 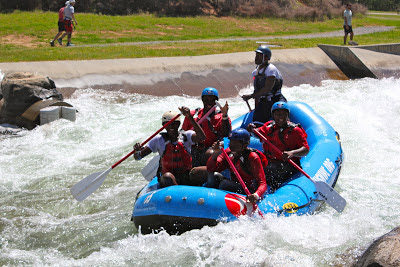 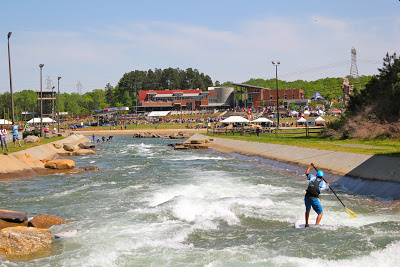 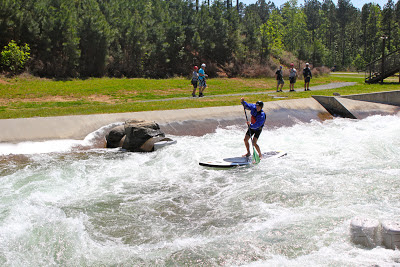 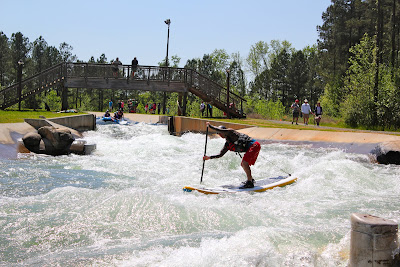 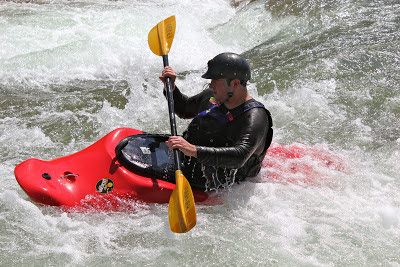 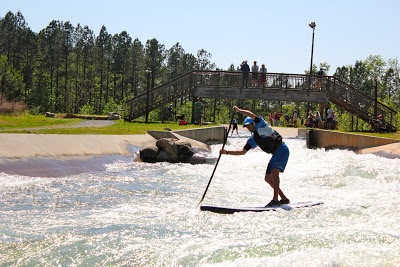 Posted by Waterturtle at 6:39 PM No comments: