2015 Year In Review from WaterTurtle Media on Vimeo.


2014 Year In Review from WaterTurtle Media on Vimeo.


2013 Year In Review from WaterTurtle Media on Vimeo.


2012 Year In Review from WaterTurtle Media on Vimeo.


Best Water Shots of 2009 from WaterTurtle Media on Vimeo.
Posted by Waterturtle at 2:32 PM No comments:

For the last year or so, I've been spending more time in the Charleston SC area.  That has brought many opportunities to hit the water, both windsurfing & SUP (surfing, downwinders, & flat water paddling).  September and October were active SUP surfing months with some good swell activity.

First, here is a short video of a fun afternoon in September at an outer sandbar in the Charleston area...

Then in early October, we had one of those 1,000 year events.   The original plan was for Rob, Mark, Ralph, and I to reunite for a 4 day weekend on Hatteras Island.  We would windsurf & SUP Surf...whatever the conditions brought us.  Then we saw Hurricane Joaquin out in the Atlantic making its way towards the Carolinas coast.  For a few days, the forecasted track had it hitting near the Outer Banks.   We had to rethink our long weekend plans and felt that our best option was south, where Joaquin would bypass but still offer some good swell to surf.  We were disappointed not to be able to go to Hatteras and were hoping Joaquin would still miss them.  Thankfully, Joaquin would miss Hatteras....in fact, it stayed way out in the Atlantic, which was good for everyone.  Except for one thing - while everyone was so distracted with Joaquin, no one noticed the crazy low pressure system developing that brought endless rain to the Carolinas.

I'm talking about Noah's Ark kind of rain.  1,000 year storm kind of rain.  The 4 days we spent in Mount Pleasant SC as our home base, it rained 26 inches.   The combination of an upper level low and Hurricane Joaquin created this crazy atmospheric river that produced deadly flooding in SC and NC.

Click here for an excellent in depth analysis of this major weather event.

Somehow, we still managed to surf 3 out of 4 days (1 day was victory at sea conditions).  When we surfed, the rain seemed to stop or at least slow down to a drizzle.  While we had a great time, there was a weird vibe with all the flooding going on all around us.  The Charleston peninsula was closed down entirely as the Charleston Harbor rose above the Battery wall and spilled into the city.  Many other low lying areas in the area flooded.  And man, did it rain overnight....each night....it never ended.  I kept expecting cars to float by our house but we were fortunately located in an area 6-8' above sea level.  However, the roof leaked.  I guess when it rains 26 inches in 4 days, water is going to find its way into the house somehow.  Mark had van trouble.  My truck had trouble too....bad ignition coils.  We kept waiting for our cars to stop working.  Rob lost his wallet..but later found it at the place he left it.  Just really weird stuff that weekend, but we were grateful for many things.  The surf saved us. 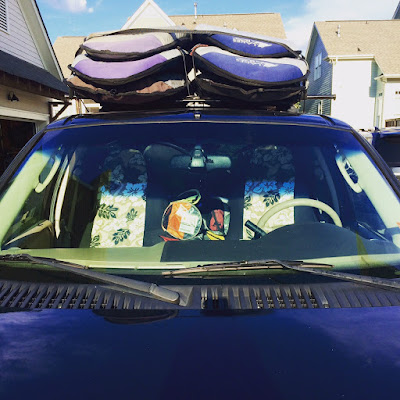 Saddle up, lets go on a road trip! 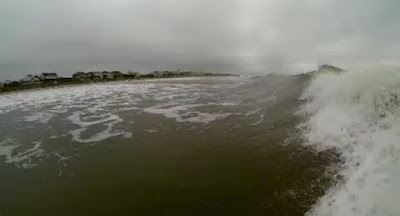 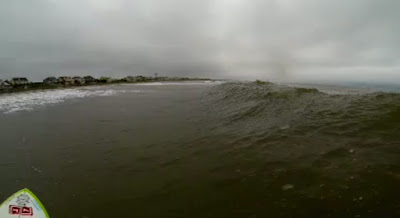 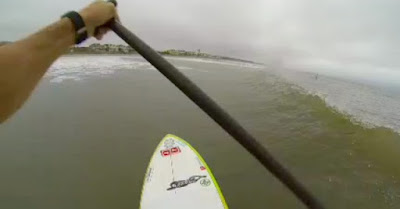 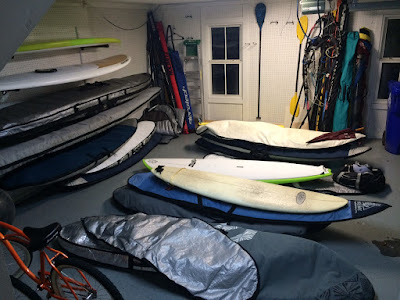 We brought everything, thinking we would windsurf & SUP surf...but SUP surfing ruled the entire time. 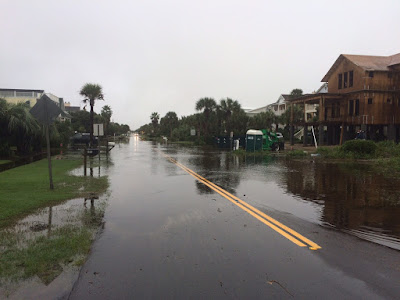 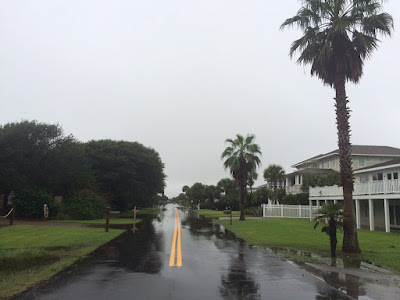 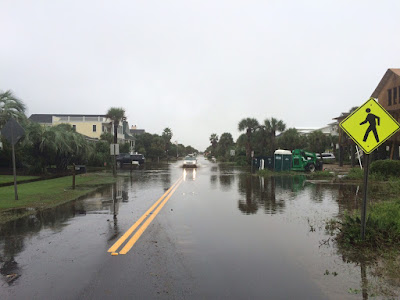 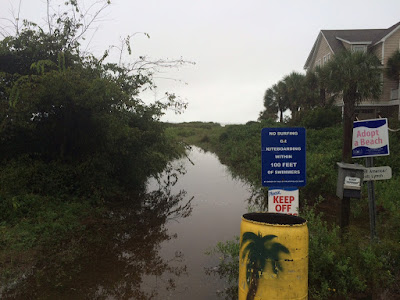 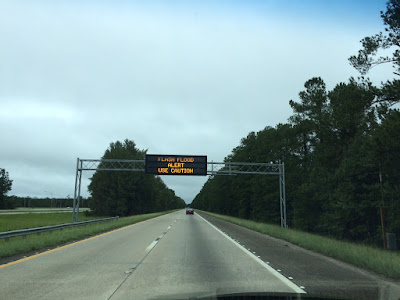 warnings as we left Charleston 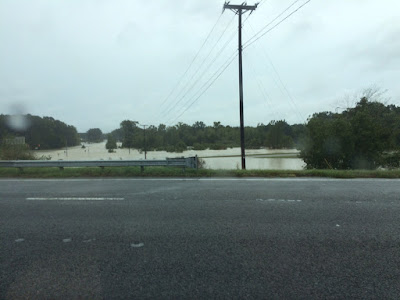 Hard to tell in this picture, but that is flash flooding in Columbia SC just off I-77.   Columbia got it really bad with major flooding.   Hard to see, but there are submerged cars in this picture.  An hour after we passed by here, they shut down I-77 at this spot.

Posted by Waterturtle at 8:58 PM No comments: