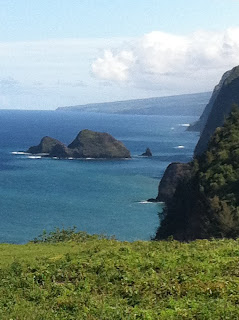 Absolutely gorgeous. Will post more later from the land of Aloha.
Posted by Waterturtle at 9:10 PM 1 comment:

The Best Athlete In The World

In celebration of Kelly Slater's very recent pro surfing world championship that makes it his 11th, I thought it would be fun to start some dialogue about who is really the best athlete in the world. Lets start with some of my choices and top mentions...

Lets start with the most recent ASP world champ himself, Kelly Slater. He is the youngest (20) and the oldest (39) to win the title. Think about this for a moment...really. Focus. Dedication. Drive. Staying fit when you're getting old (old for pro surfing) and competing against guys who could almost be your son...and beating their board shorts off. Lance Armstrong and Jimmie Johnson can only dream of 11 championships. From a pure athletic and year after year streak standpoint, Slater stands out. Just watch this video and tell me surfers aren't athletes.

Then there is Laird Hamilton. A single debate alone could be who is the better surfer - Kelly Slater or Laird Hamilton. I think this is apples and oranges. I think Slater is the better competitive short board surfer and better twisty move thingamajiggy whatchamacallit surfer. Laird Hamilton wins for all around waterman across multiple disciplines, big wave surfing, creativity, and pioneering water sports such as stand up paddling. So you clearly have to put Laird Hamilton in the best athlete debate. The only rub might be he doesn't compete. Doesn't matter. That actually puts him a league all by himself - by having made himself a living legend because he doesn't compete. Because he can do so much - short board, long board, tow surfing, SUP, prone paddle boarding, windsurfing, kiteboarding, foil boarding, outrigger canoe, etc. - that may make him the best athlete. C'mon, he freaking paddled across the English Channel and didn't tell anyone. Pictures of that adventure never appeared and probably don't even exist. He might have been the first to stand up paddle the Colorado River in the Grand Canyon. He might have tow surfed the biggest wave ever ridden (Egypts - yeah bigger than GMACs recent big wave ride) and only three other people saw it. Again, no pictures. He and Dave Kalama biked and paddled the entire Hawaiian Island chain because they could (and for a good cause - autism). He bikes too? Ridiculous. From one of my favorite movies...

Lance Armstrong - He's innocent until proven guilty of the alleged doping...period. Seven Tour De France titles after almost dying from cancer. Winning seven titles without cancer never happened and probably never will. Imagine biking 100+ miles per day for almost two weeks...a large part of it in the French Alps, fending off competitors nipping at your heels, and dodging crazed fans waving you down on the side of the road. Then he ran the NYC marathon, won the Leadville 100 mile mountain bike race at 10,000 ft+, did some triathlons, and just did the Xterra event. Raising millions for the fight against cancer has helped so many people. I know that doesn't make him a great athlete, but its a bonus.

Robby Naish - Again with the old(er) guys. He's still killing it today in his late 40s - windsurfing, kiteboarding, SUP. 24 various windsurfing titles in waves, racing, slalom...been doing it since he was 11 years old. He even won some kiteboarding titles. Yes, pure athlete. Here's the opening clip from another favorite movie classic, RIP

Bjorn Dunkerbeck - Speaking of streaks and titles and another 40 something. He came along and gave King Robby a run for the money and took over as windsurfing world title holder and has 38 various world windsurfing titles. Dunkerbeck still races competitively and has been working on the world's fastest speed sailing record on a windsurfer. I thought this was a good oldie video clip to show from when he was just a kid and the equipment now seems so antique. He gets a mention for the title streak.

Jimmie Johnson - OK, he's not really up for best athlete compared to these other guys - but you have to give him props for 5 NASCAR titles in a row. You'll probably never see that again. Yes, NASCAR is a sport and Jimmie Johnson is an athlete. If you don't believe me, go to your nearest NASCAR track, sign up for the Richard Petty Driving School and drive one those cars around the track for 10 laps at 180+ mph, then multiply that by 30-40. Do that for 30 something weeks straight. Then you'll know it takes an athlete to handle that.

Dean Karnazes - ultramarathoner (and former pro windsurfer) - anyone who can run 50 marathons in 50 states in 50 consecutive days has to be considered for best athlete (and considered crazy) from an endurance standpoint. He capped off that feat with the New York Marathon, then decided to run home to San Francisco from New York, but stopped in Missouri to spend more time with his family. He ended up running across the country this year in 75 days, running 40 to 50 miles per day. He also once ran 350 miles in under 81 hours without stopping. Wow. Running is as pure and natural form of athleticism as it gets. From a pure running and endurance standpoint, no one comes close.

See the themes here? It's streaks, longevity, and the best at more than one thing. Kobe? Lebron? Joe Montana? Tom Brady? Aaron Rodgers? Albert Pujols? Ali? Jeter? Gretzky? Jordan? Shawn White? Tony Hawk? Past Olympic greats like Michael Phelps, Carl Lewis, and Jesse Owens? They are or were the best in their respective sports but don't come close to the multi-dimensional and endurance abilities of the athletes mentioned above...and for so long.

I think it comes down to Laird Hamilton and Lance Armstrong. Water wins in my book so Laird gets it.

Disagree? Who am I leaving out? What sport(s) did I leave out? Who do you think is the best athlete in the world?
Posted by Waterturtle at 8:19 PM 6 comments:

After yesterday's nice sail with the boys, it was time for some windsurfing today with the increasing SW wind. The SW wind forecast looks fairly good for the next few days but I had to get it today while I could since work calls this week. Rob joined me out there and it was a cloudy day but we had a great time. This was my 4th sesh so far this fall - all medium wind slalom sessions on the lake. All the higher wind days have been either during the work week or when I was out of town. 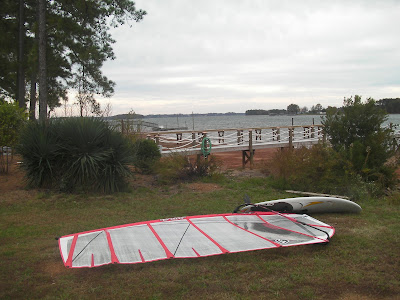 All rigged up and ready to go 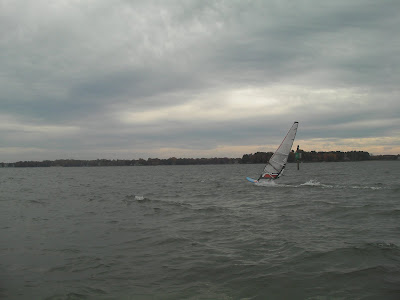 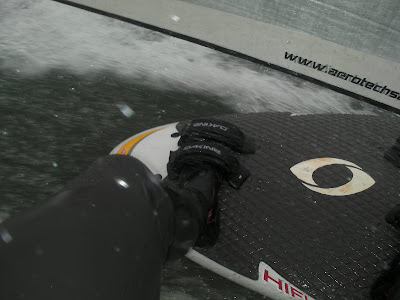 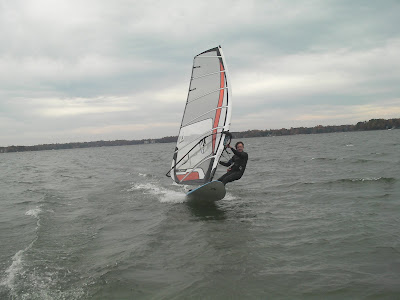 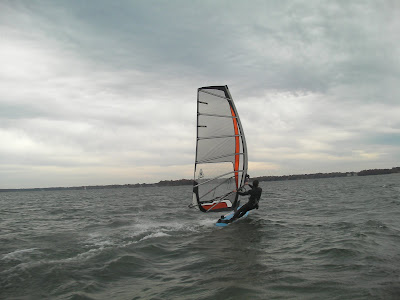 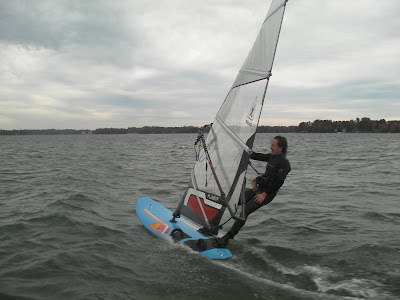 Posted by Waterturtle at 8:14 PM No comments:

A casual sail today with the boys and their Granddad. My dad (Granddad) built this 15 ft flat bottom skiff with a spritsail rig (no boom). It's modeled after the boats that used to sail around the shallow waters off Beaufort and Harkers Island, NC. He finished it about 7 years ago and its completely hand made with juniper and treated pine wood. Even the mast, sprit, and paddles were hand made by him. We had a fun sail in easy 5-10 mph and gave the boys the tiller for a while. 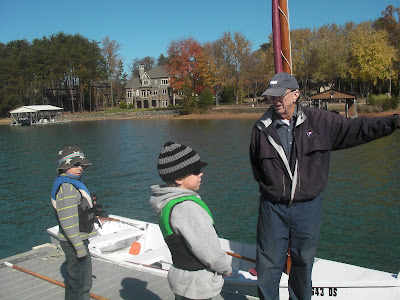 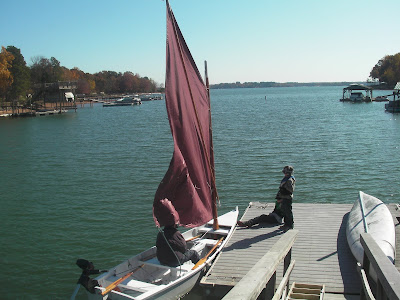 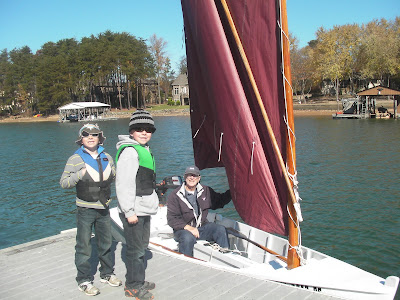 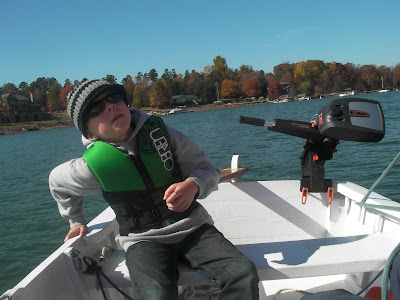 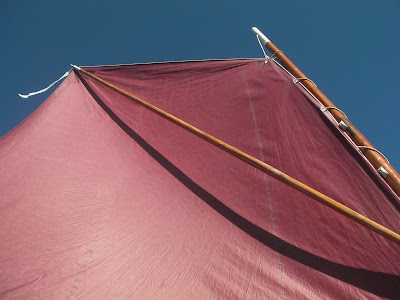 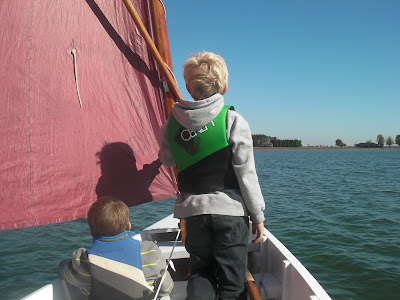 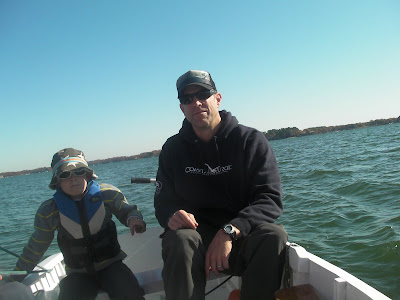 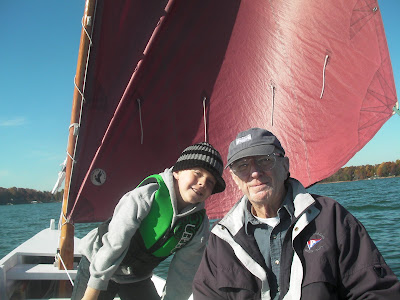 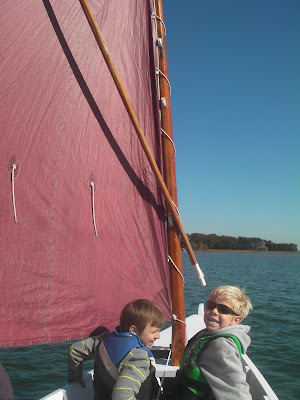 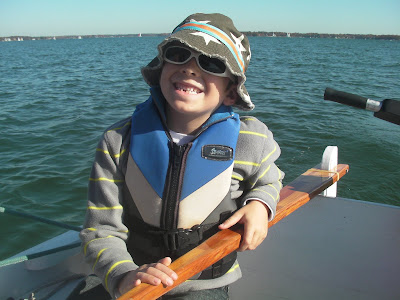 Posted by Waterturtle at 5:32 PM 2 comments:

It took me a while, thanks to home PC issues, but I finally got the video together from our awesome August trip to Punta San Carlos, Baja. I captured some good scenery shots, along with some GoPro helmet cam footage in clean, glassy, playful SUP waves. I edited it in big HD, so watch it full screen, click the "HD" so it turns blue, and let it buffer. Enjoy!