It will blow your mind in the beginning what he can do on a skimboard but watch the big bombs at the end too...

Trip's over....back home. Had a great family adventure that ended with the Grand Canyon. What a way to end the trip. We arrived at the Grand Canyon to snow and rain but the next day gave us blue sky and very clear conditions.

(photo hint - click on a photo to see the high resolution image and you can click forward to see high res image slide show. All photos taken with the handheld Sanyo Xacti waterproof 12 megapixel camera/camcorder)
The Grand Canyon is indeed Grand. This is the south rim. The north rim was still closed for winter. 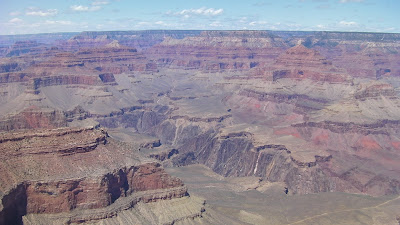 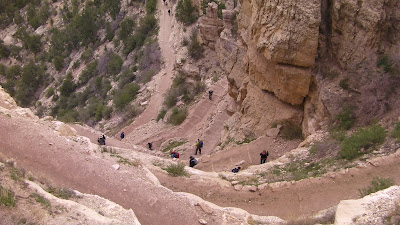 At the Grand Canyon, what goes down must come up. 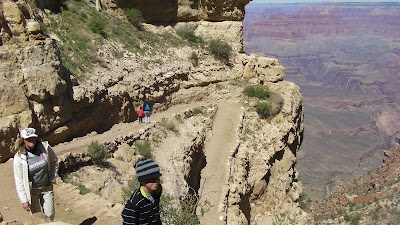 Walking on the edge...watch your kids! A section of the rim trail... 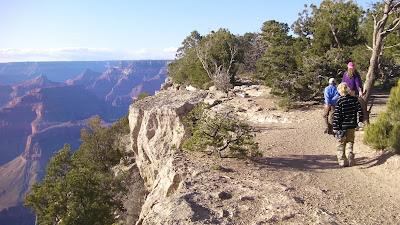 The Grand Circle - We flew into Las Vegas, took in a show, drove to Zion National Park for a couple of days, Bryce Canyon National Park for one day, Glen Canyon National Recreational Area/Lake Powell/Page, AZ area for a couple days, Grand Canyon for a couple of days, then flew back out of Las Vegas. We hiked a ton, river rafted, went horseback riding, explored a slot canyon, saw wildlife, and generally saw many unique natural wonders you won't see anywhere else. Some folks even go on to other Grand Circle spots such as Arches National Park, CanyonLands, and Monument Valley.
If anyone wants our detailed itinerary, I'll be glad to send it to you. I highly recommend this trip for a fun family adventure. Spring is a great time to go...wasn't too crowded and we had good weather for the most part. You could easily make it a more extreme adventure by going out into the backcountry.
Here's a few more choice pics from the week...
Zion National Park 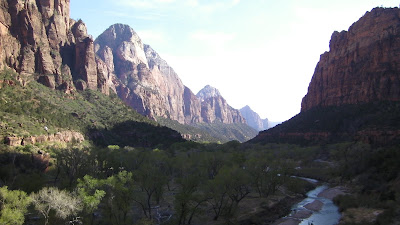 Mountain Goat. We saw a few of these and also saw mule deer everywhere. 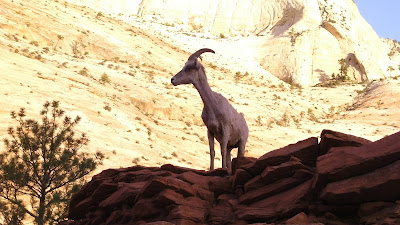 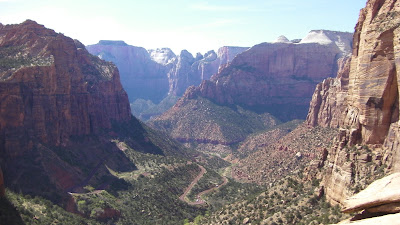 I did a solo hike late in the afternoon at Zion just before sunset since the family was worn out. This is the Hidden Canyon trail. I called it the Pucker Factor Trail since you can clearly see that you didn't want to get too close to the edge of this trail....not for the faint of heart or someone afraid of heights (which I am). There were plenty of family friendly hiking trails at all the places we visited...and plenty of tougher hiking trails for the more adventurous. 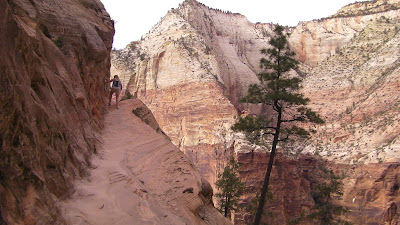 Looking back at the climb...a great workout. 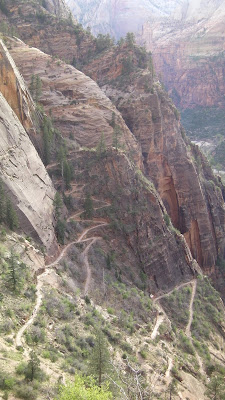 The best playground ever. The kids found fun areas to play at every turn. 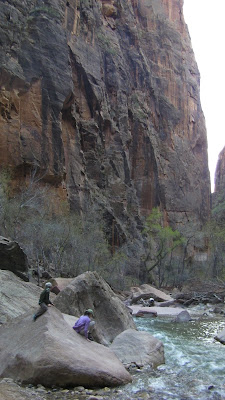 Hiking amongst the Bryce Canyon hoodoos 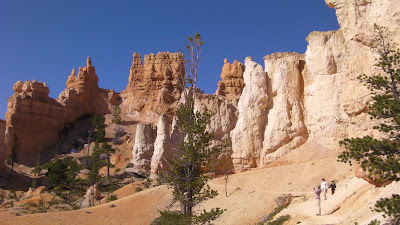 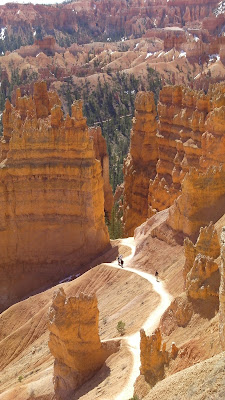 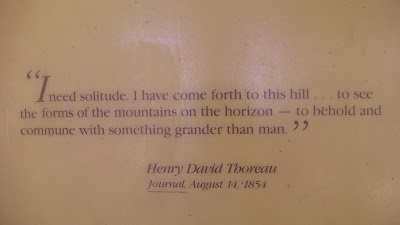 We found snow at Bryce Canyon....elevation 9,000 ft. They were calling for a few more inches a couple days after we left there. And then it snowed as we entered the Grand Canyon. Throughout the week, we experienced temps ranging from wind chill as low as 15 degrees overnight to high of 85 degrees in Page, AZ. Most every day was sunny and clear or partly cloudy. 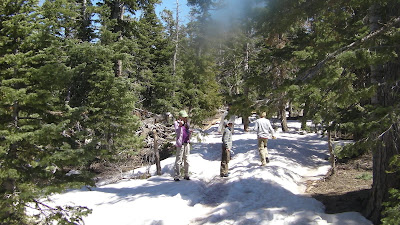 Exploring one of the slot canyons was an awesome experience. Another shot from Upper Antelope Canyon just outside of Page, AZ. 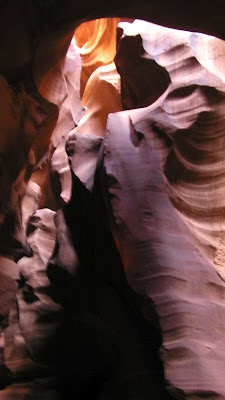 Horseshoe Bend just outside of Page, AZ. This is the Colorado River between the Glen Canyon dam and Lees Ferry and part of the same section we rafted the day before. My daughter jumped in the 47 degree water during a rafting break at a sandy beach. 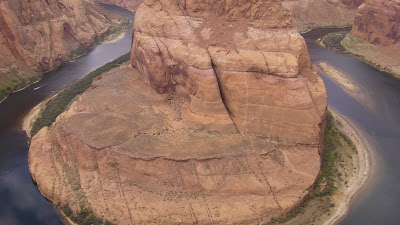 We intended to stand up paddle on Lake Powell but the 25mph+ wind kept us from doing so. I was disappointed since I was hoping to get some great photos of my girls paddling in glassy conditions in front of Lone Rock. Here's the pretend SUP shot I got instead. 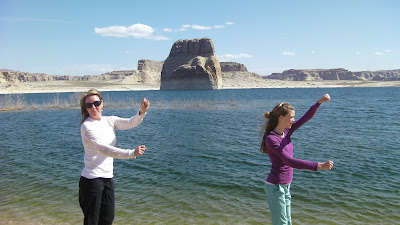 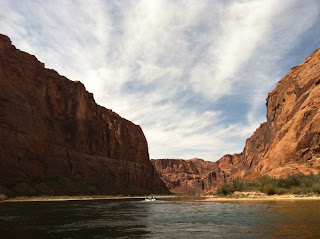 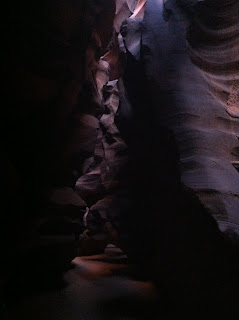 Spent some time around the Glen Canyon Recreational Area....mellow rafting down the Colorado River between the Glen Canyon Dam and Lees Ferry, explored a slot canyon (Upper Antelope Canyon in photo above), more hiking, then drove through The Painted Desert and Navajo Country. We were going to stand up paddle on Lake Powell around some giant rock canyons but it was too windy (25 mph +). Onward!
Posted by Waterturtle at 4:00 PM No comments: 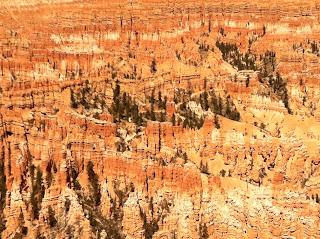 Photo of the "hoodoos" at Bryce Canyon National Park. We hiked down in there amongst them. Started and finished at the rim (9,000 ft elev) so the hike back up was steep. Onward!
Posted by Waterturtle at 10:00 AM 1 comment:

They Call Me The Mule 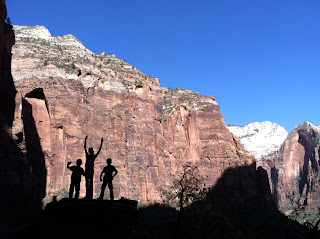 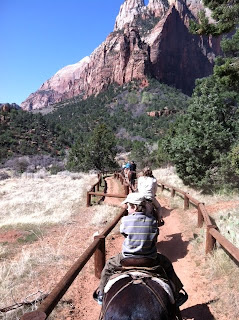 They call me the mule because I'm carrying everyone's extra clothing layers, food, and water on our hikes. Couple of days at Zion National Park...beautiful country. Onward! More to come...
Posted by Waterturtle at 5:10 PM No comments: 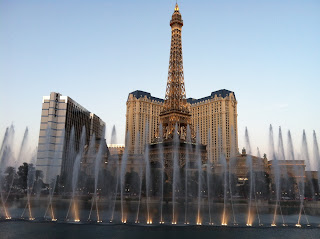 Its the kids spring break and we're doing the Grand Circle. Started with 1st night in Las Vegas...I couldn't get out of that town fast enough. Although the Cirque De Soliel show "O" was very impressive. Onward! More to follow...

Photo: The famous fountain show at the Bellagio. Background is Paris Casino.

Posted by Waterturtle at 1:14 PM No comments:

The Banff Mountain Film Festival World Tour made it's annual NC stop this past weekend....and this year's event was not a disappointment. Rob, Ralph, and I attended the High Point, NC stop at the High Point Theatre in plush theatre seats and giant movie screen visuals and sound. But not before we mountain biked over 22 miles of single track trails in my old stomping grounds of Greensboro. My legs are spent!

Grab a cold one, sit back and enjoy the great films from this year's event.

The two biggest highlights of the evening...

The street skiing clip of JP Auclair in the movie All.I.Can...you have to see this...watch in full screen mode, let it buffer, and turn it up...

....and everyone's favorite - we viewed the final mini-series installment (45 minutes) of "On The Trail of Ghengis Khan". The incredible film documentary of Tim Cope's journey by horse over 10,000km from Mongolia to Hungary in very harsh conditions. It took him over three years. Amazing story and incredible film. I want to go back and watch the entire mini-series. The full story and where to order the video is here. You will fall in love with the horses and Tigon, the faithful dog. Here is the trailer...


The other films (some of these below are the trailers and some are the full short films we saw):

On Assignment with Jimmy Chin (climbing)

Seasons: Fall. Kayaking the White Salmon River with Kate Wagner from The Banks Mag on Vimeo.

Seasons: Winter from The Banks Mag on Vimeo.

Here is the full trailer for All.I.Can (we saw a short cut of the film)...

and the two funny finales...

The Man and the Mammoth from Sherpas Cinema on Vimeo.