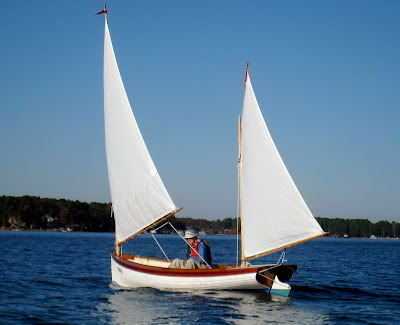 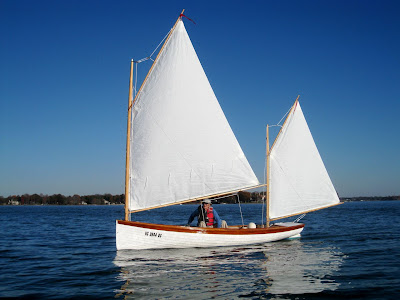 This is a replica of an 1889 Herreshoff Coquina sailboat.  Nathanael Greene Herreshoff was best known as a very innovative sailboat designer and for producing a long successive string of winning America's Cup sailboats between 1893-1920.  The Coquina was his personal sailboat.  My dad built this Coquina replica, all by hand, including the wooden masts and booms.  It took him three years to build it - he estimates he spent an average of 4 hours per day, 5 days per week, and 10 months per year out of those three years.  He named it the "Dandy".  A friend was happening by the docks and asked what kind of boat it was.  Dad yelled back, "It's a Dandy!"

I grew up crewing with my dad in one design (Tanzer, then Flying Scots) dinghy sailboat races in NC.  That's how I eventually got into windsurfing.  One of my sons and I went out last weekend for a sail with my dad in the Dandy.   It was a perfect mild winter day for sailing - sunny and 10mph+ breeze.  With acknowledgements to Jimmy Buffett, this makes my sons a son of a son of a sailor... 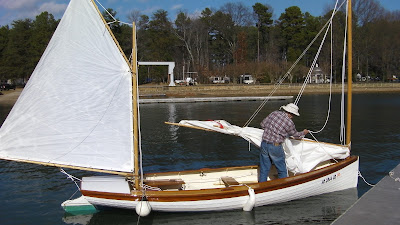 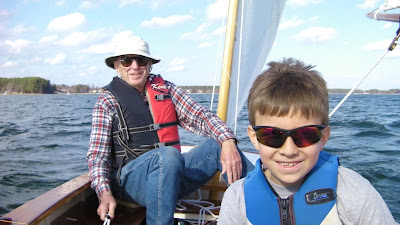 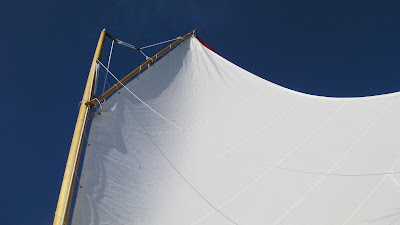 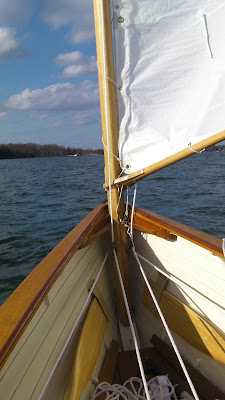 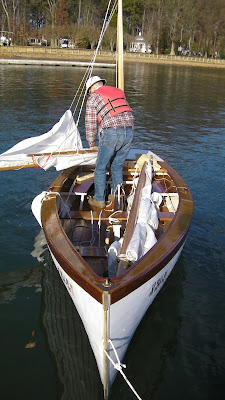 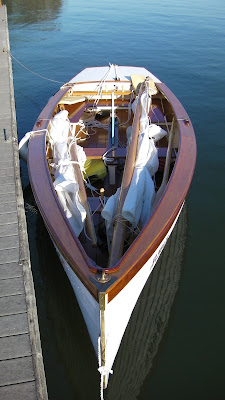 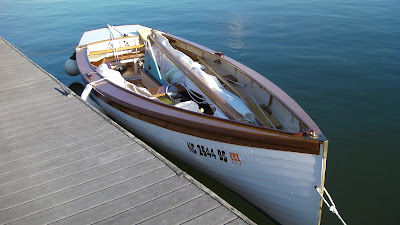 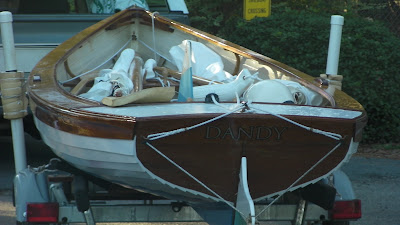 That is some amazing handiwork. I'm so jealous of guys like your dad (and you?). My hands are like boxers' hands or something....maybe my brain ;-)

I'd say you or he is more than welcome to tie it up at my pier, but, damn, that's a work of art. Not sure my pier would deserve such a piece.
~Alan

This is a wonderful blog! I enjoyed reading through it and admire your photography skills. I would like to introduce your blog to the readers of travel blog I maintain. It is based on the theme -fun, food and travel and includes guest blogging as it main feature. Please contact me for more details.
Looking forward to hearing from you.
Dharm