I love it when I read or hear someone say something that speaks for me in a way that I never really thought of but completely agree with.

Take the new issue of Stand Up Surf & Sail Journal. There is a great article, titled "The Big Score" by surf legend Gerry Lopez who has taken up Stand Up Paddle Surfing.

I'll quote the opening paragraph:
"Yesterday I scored big. It was one of those rare days that left me so pumped up when it was over I knew I was going to have trouble falling asleep that night. I figured I better write it down before the afterglow faded, and later I could savor it again. One of the sad things about surfing is that the best memories are fleeting. Before one knows it, they have all but disappeared, been erased like they never existed. Sometimes when the focus is so intense, the concentration so great, it seems as though they don't even get recorded..."

You'll have to get this issue to read the rest, but that opening salvo can also speak for windsurfing. At least we can more easily record the fun these days with video, pictures, blogging, etc so we don't forget and as Gerry says, "savor it again".

That brings me to Sunday, March 29th. What a great day of windsurfing for everyone on the east coast. Spring is here and everyone is FIRED UP! I love it when everyone gets some on the same day. Andy, Bill, George, Michael, and James have all posted about last Sunday to "savor it again".

Even Rob came out of hiding to resurrect his blog and even do a new video of the action, including a hilarious intro (and great music). And Alan posted some pics at the top of the Charlotte area windsurfing web site.

We had 20-30mph wind on Lake Norman all day long and sunny 65 degree air temps. We started on 4m sails in the morning around 10:30am and apparently didn't get there early enough. It was perfect for about 15 minutes. I haven't sailed Hood River, but Alan said it was very "Gorge-like" with the big wind swell coming through. We surfed and jumped that swell while we had it. Then the wind came down just a notch....enough to send us back in to rerig 5m sails. No complaints however...you can't complain when its still blowing hard enough for 5m sails, especially on the lake.

Speaking of what Gerry said....I brought my GoPro wide-angle camera to record the action. Except this time, I wanted to test the still pictures feature and had it mounted on my helmet. There is a feature where the camera will take pictures every 2 seconds and I wanted to see how that came out. Rob, Alan, Dmitri, Tommy, Donald, and I all worked ourselves upwind out into the open channel where the wind was more consistent and powerful. I was in such great position for some great action....duck gybes, heli-tacks, sail 360s, chop hops, etc. Unfortunately, I had it on the wrong setting (basic picture mode instead of every 2 sec mode) and even then I apparently wasn't pushing the button hard enough...lessons learned for next time. I hate that I missed capturing all the great action out there.

Hence what Gerry said "....the best memories are fleeting. Before one knows it, they have all but disappeared, been erased like they never existed. Sometimes when the focus is so intense, the concentration so great, it seems as though they don't even get recorded..."

But I was so fired up after Sunday that I'm still just a few days later able to recall some of the images in my mind of that session. Until the next great day on the water, I think these memories will last a little longer than usual...thankfully with a little help of course from Rob's video and Alan's pics.

Even though I goofed the on the water action shots...I was able to capture a few pics from shore and one picture turned out from the GoPro wide-angle helmetcam.

The Ever Elusive Chuck 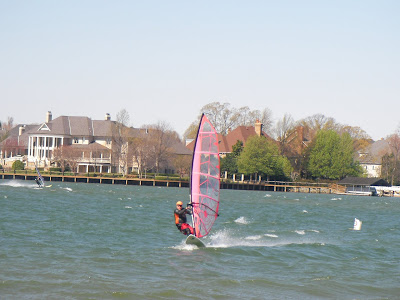 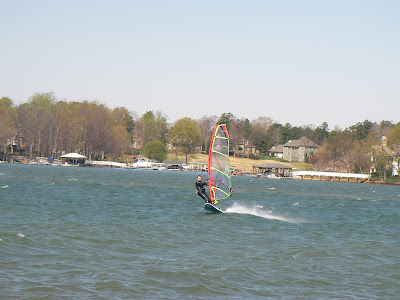 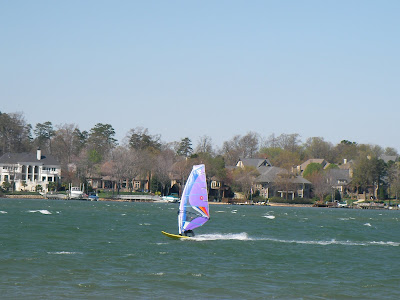 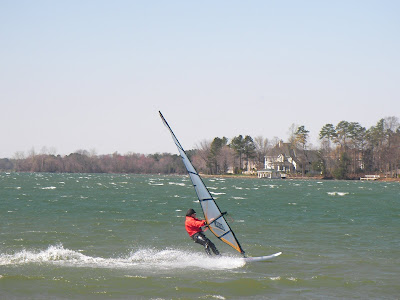 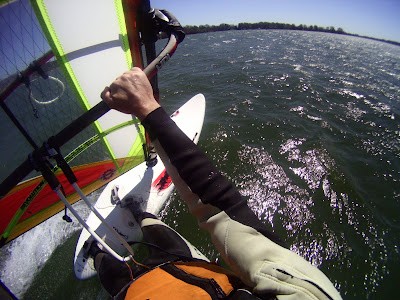 Posted by Waterturtle at 8:51 PM