"The credit belongs to the man who is actually in the arena, whose face is marred by dust and sweat and blood; who strives valiantly; who errs and comes up short again and again, who knows the great enthusiasms, the great devotions, and spends himself in a worthy cause: who at the best, knows the triumph of high achievement; and who, at the worst, if he fails, at least fails while daring greatly, so that his place shall never be with those cold and timid souls who know neither victory nor defeat."
- Theodore Roosevelt

For those of us who competed in the Hatteras Wave Jam amateur heats...cheers...that quote is for you. You should be proud.

...and so it was...man in his element...daring greatly. Thursday was a challenging, but fun day. Challenging because the wind was a bit light and there was some major shore poundage. The positive side was there was a long period swell and you could time getting out if you were patient enough...and could read the sets coming in fairly easily. The weather was beautiful...sunny and low 80s with comfortable water temps. We had side/side-off waves ranging from chest high to overhead. I caught some wave rides, got crunched & worked on the inside, competed in the amateur event, and continued to learn. That's the point of Wave Jam....a no ego chance to get out in the waves with others at all levels and continue to learn. Because as we all know - "to excel in windsurfing is the realization that you can't" - Andy Brandt.

I've already been out for brief SUP surf session this Friday morning. Wind is starting to pick up and waves are getting bigger. Wind looks to remain somewhat light again today...so we'll see what is in store for this afternoon. Hurricane Igor will continue to bring a bigger swell through the weekend and into next week. 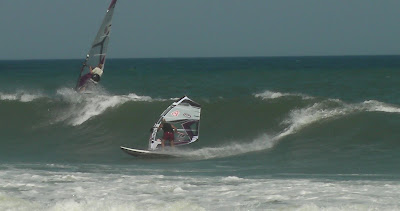 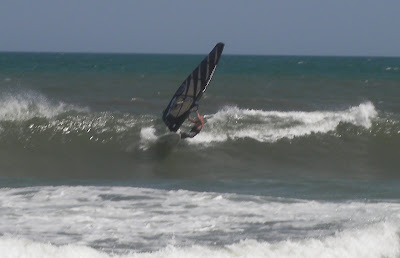 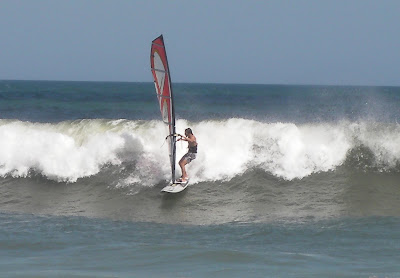 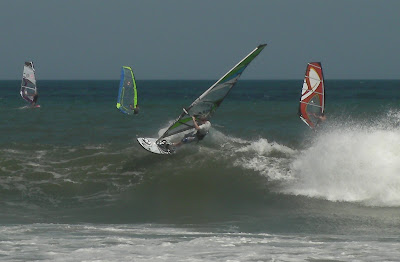 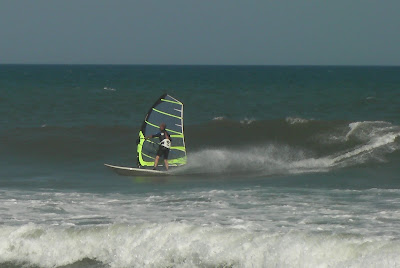 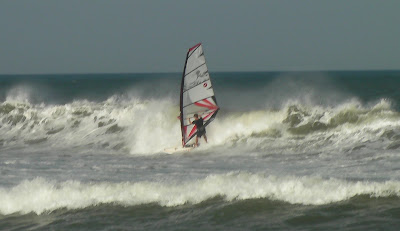 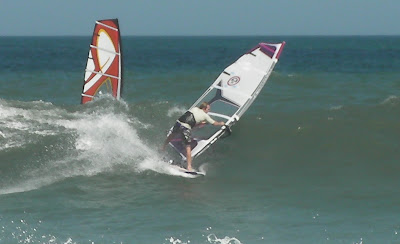 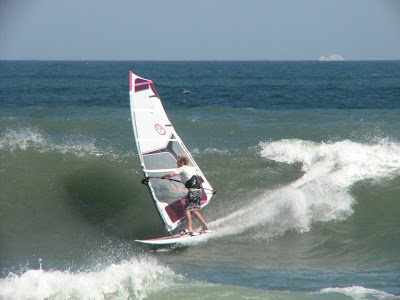 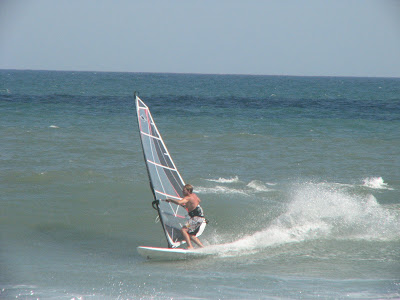 Caleb Jacobs (OBX local)
Posted by Waterturtle at 8:51 AM